Allergy Testing is very important because it can not only save lives, but it can also inform doctors on what their patients might be allergic to. During the skin prick test, the most common test, the patient’s skin is exposed to suspected allergy-causing substances called allergens then observed for signs of a reaction. Blood tests are used as a substitute for skin tests for those who can’t undergo skin tests.

In adults and teens, the skin prick test is usually performed on the forearm and can test up to 50 different substances at once. For preschoolers, allergy testing can test up to 18 allergens and for babies four to six months old, it can test three to five allergens. 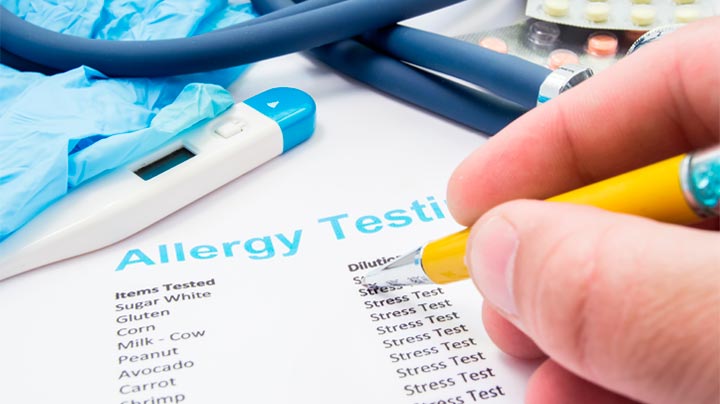 Can children be tested?

Yes, however, the procedure is different from adults. Children and babies are tested on their upper back instead of their forearm. Someone of any age can be tested.

Who typically gets tested?

Who doesn’t qualify for a skin test?

Your doctor may advise you against skin testing if you had a severe allergic reaction, take medications that could interfere with the results, or have certain skin conditions such as eczema or psoriasis.

What other Allergy Testing is there besides skin and blood testing?

There is a total of seven broad categories for Allergy Tests, they are the following:

What are the possible side effects of Allergy Testing?

Skin testing is generally well tolerated among patients. The most common reaction is a local itch or swell of the test site which will resolve within a few hours.

What do I need to do before being tested?

Will I feel discomfort?

You might, but keep in mind allergy skin tests aren’t painful. The needles used barely penetrate the skin’s surface so any discomfort you experience will be over momentarily.

How long does Allergy Testing take?

A typical test takes about 20 to 40 minutes to complete. Some tests might detect an immediate reaction while others may develop in a couple of minutes to several days.

What are the risks involved?

The most common risks of skin Allergy Testing include the following signs:

Please use the simple form below to request help or ask us a question.

Need to see one of our pulmonary and sleep experts? Call one of the numbers below to book your
appointment today.

Click the button below to learn more about our exceptional doctors and professional staff.